MISTERELE din adâncuri. Oceans cover 70% of Earth's surface, with an average depth of 4 kilometres. Mysteries of the deep sea! 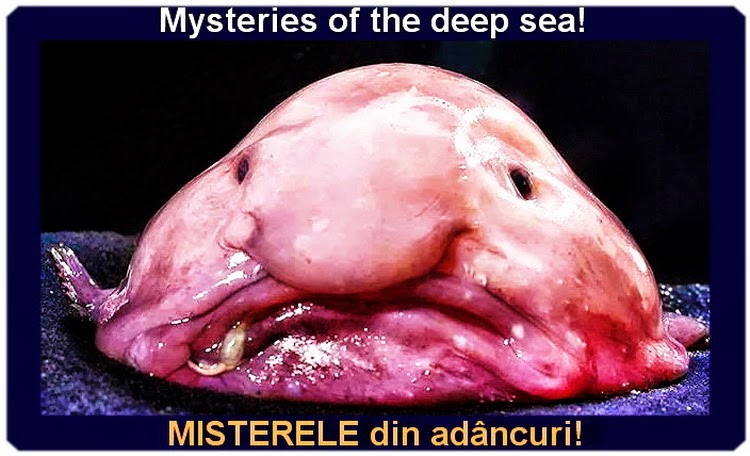 „Lumea nu e pregatita pentru ce e acolo jos”
ar fi spus candva, undeva, exploratorul, ecologistul, producatorul de film si fostul ofiter naval francez Jacques-Yves Cousteau dupa o scufundare.
*********************
**************
***
You might think there is little left to discover on Earth in the 21st century, yet the deep sea remains almost entirely unknown. Oceans cover 70% of Earth's surface, with an average depth of 4 kilometres.
That makes the deep sea the largest of all habitats - but it is also one of the least hospitable. It is extremely cold, utterly dark, often low in oxygen and smothered by a pressure 1000 times greater than at the surface - so immense it alters biochemistry.
Despite these obstacles to life - and the fact that even in the best-known regions, we have sampled less than 1% of the seafloor - we are now beginning to realise the deep is home to a spectacular diversity of organisms.

=========================
The bizarre inhabitants of the deep include: deep water sharks; devilish-looking dragonfish, that fire beams of red illumination from "lamps" under their eyes; many bioluminescent fish; ancient coelacanths; creeping sea lilies; blood-red squid; an octopus with glow-in-the-dark suckers; bell-shaped, metre-wide jellyfish, snails with armour-plated feet and a deadly jellyfish relative that uses fluorescent tentacles to lure prey.
Perhaps the most dramatic creature is the 13-metre-long giant squid, Architeuthis (recently captured live on film for the first time) and the even more fearsome 15-metre-long colossal squid, never seen alive. Sperm whales and Antarctic sleeper sharks are the only animals equipped to take on these deep-sea prey.
Life is also found in the form of bacteria, worms and crustaceans, which teem in the abyssal plains that cover vast stretches of the deep. They feed off organic "snow" that falls from above. Deep below the sea floor, life was not thought to be possible. But then in 2003 researchers found many unique bacteria in sediments 300 m beneath the Pacific seafloor, feeding on sediments millions of years old.
More spectacular are the deep-sea corals, found at depths of up to 6000 m in waters as cold as 2°C.
Despite this, they rival their tropical, shallow-water cousins in splendour. These slow-growing animals are now found from Ireland to New Zealand, and have even been discovered growing on the legs of oil rigs. But, it is only as destructive fishing practices, such as trawling, have started to destroy them that the realisation of how widespread they are has dawned. The largest known, near Norway, covers 100 square kilometres, yet was discovered only in 2002.

============================
In some places, life is found in an extraordinary abundance. One of the most fascinating deep-sea ecosystems are found around hydrothermal vents, where superheated water, rich in chemicals, spews from volcanically active mid-ocean ridges. Here, bacteria feeding on methane and sulphides support large communities of animals including giant clams, bizarre fish, and massive tube worms up 2 m in length, such as Riftia pachyptila.
Photosynthetic bacteria which harvest the vents' faint glow have even been discovered, while others can thrive in water hotter than 121°C. These vents are often isolated, and spinning plumes of water may break off like flying saucers, carrying bacteria to other vents.
These vents, known as "black smokers", were first discovered in 1977 using the US submersible ALVIN. The discovery of an entire ecosystem 2000 m down, that did not depend on photosynthesis, revolutionised our view of life. We now know these ecosystems are commonly found from Scandinavia to the Pacific Ocean. They occur along the mid-ocean ridge system, from relatively shallow water to as deep as several kilometres.
Some even believe that life on Earth may have begun at these vents, which can be up to 60 m in height. Others think similar geological features could harbour life in frozen lakes on Earth and on other planets and moons, such as Mars or Europa.
Hydrothermal vents are not the only oases of life on the deep sea floor. In 1984, biologists discovered cold seeps. These are places where chemical-rich water oozes from the seafloor, supporting an abundance of life. They are usually found around the edges of continents.
Another rich community of organisms thrives on massive whale carcasses that settle on the sea floor and decay over many decades. "Whale falls", weighing up to 160 tonnes, can nourish over 400 species from hagfish and sharks to bone-eating zombie worms and sulphide loving bacteria.

================================
Then there are seamounts, the peaks of undersea volcanic mountains. These are the submarine equivalent of islands, with as many as half the species on some seamounts seemingly unique to that location.
Although there is heavy fishing around many of the 100,000 large seamounts in the oceans, we have detailed knowledge of only a few, making them ripe for expeditions to discover new biological riches. The biggest underwater mountain range is formed from mid-ocean ridges and stretches for 70,000 kilometres around the planet.
Deep sea exploration began in the 1930s, when US oceanographers descended 1000 m down in a tethered steel ball. In the 1960s the Swiss Bathyscaphe descended 11 kilometres down into the Marianas trench off the Phillipines - the deepest place on the planet. Since then, no person has ventured so deep.
But a new generation of submersible technologies is helping uncover the mysteries of the deep. These include: Kaiko, the Japanese remotely operated vehicle (ROV) that made it to the bottom of Marianas Trench in 1995, but was later lost; a new replacement for ALVIN, due for release in 2009, which will be able to access 99% of the seafloor; several underwater vehicles that fly more like jet fighters than submarines; a network of robot subs and autonomous labs on the seabed and other subs that are streamlined and fin-less, built from concrete, or swim like a fish. 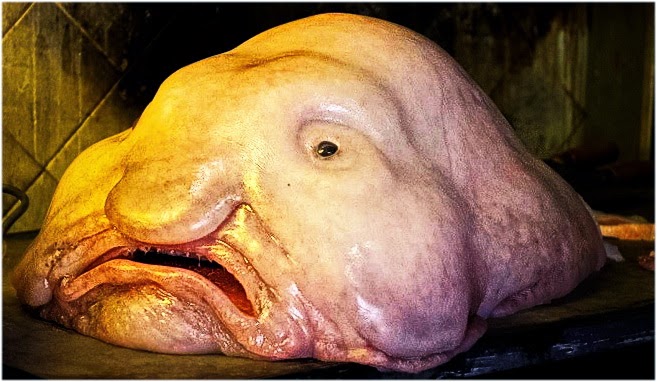