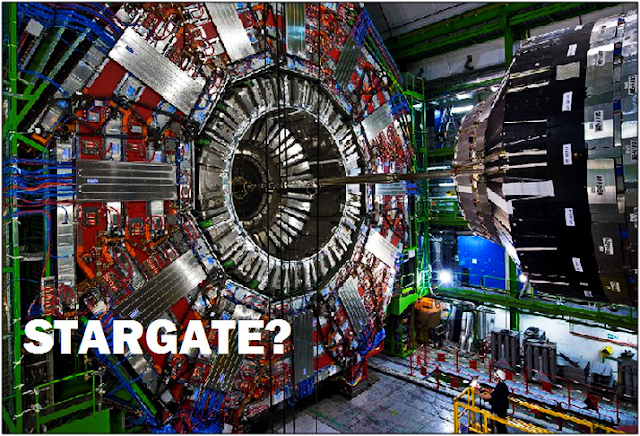 The CERN Laboratory was founded in 1954 as one of Europe’s first joint ventures. It was built astride the French-Swiss border near Geneva and now has 21 member states. CERN provides particle accelerators, colliders, administration and other infrastructures needed for conducting high-energy physics research. CERN employs about 2,500 employees and each year hosts over 10,500 visiting scientists and engineers from hundreds of universities and research facilities around the world, representing 113 nationalities.

Distribution of all CERN users by Nationality
(Credit: CERN)
Researchers at CERN are using some of the world’s biggest and most complex scientific instruments to study the basic building blocks of matter, called fundamental particles. By colliding particles together close to the speed of light, physicists can see how particles interact, which can provide insights into explaining the laws of nature.

Cross-sectional view of the LHC and its experiments
(Credit: CERN)
CERN is home to many particle accelerators and colliders, the most well know being the Large Hadron Collider (LHC). The LHC is the largest and most powerful particle accelerator in the world with a 27 km ring of superconducting magnets accelerating two beams of particles to almost the speed of light in opposite directions! Following an upgrade, the LHC will re-start running in 2015 operating at a beam-energy of 7GeV, the previous world record was held by the Tevatron at FermiLab with 0.98 TeV in 2001. It was also here at the LHC where history was made in July 2012 with the announcement of the detection and confirmation of a Higgs boson, nearly 50 years after its original prediction!

CERN’s accelerator complex
(Credit: CERN)
However, there is more to CERN than the LHC; the LHC is just the last link in a series of particle accelerators that progressively increase the energy of particle beams. There are a total of 24 experiments around the site, many of them connected to other machines in the complex, each with beams used for experiments requiring lower energies. For example the ALPHA experiment, located on the Antiproton Decelerator (AD) storage ring at CERN, successfully trapped atoms made up of antimatter for over 16 minutes! This is long enough to begin to study their properties in detail. This was a world’s first, leading the way, where the previous antimatter trap lasted merely two tenths of a second!

Maintenance on the LHC beam-line
(Credit: CERN)
Training is an important part of CERN’s mission and another aspect of membership is the access that it gives the UK to CERN’s wide range of excellent training programmes for technicians to postgraduates and students to teachers. CERN works with UK universities and has an active education programme. The introduction of the Citizen Cyberscience Centre, a virtual superconductor, extends this to researchers in developing countries.

The STFC coordinates and manages the UK’s involvement and subscription with CERN. The UK’s influence on both CERN Council and CERN Finance Committee is coordinated through the UK Committee on CERN (UKCC).
UK membership of CERN gives our physicists and engineers access to the experiments and allows UK industry to bid for contracts, UK nationals to compete for jobs and research positions at CERN, and UK schools and teachers to visit. UK scientists hold many key roles at CERN. Firms in the UK win contracts worth millions of pounds each year. The impact of winning contracts is often even greater as it enables companies to win business elsewhere.